ROCK WORKSHOP SPRING 2020 AUDITIONS ARE UPON US!

We have openings for drums, guitar, and keys in SLAG

2008 was the inaugural year for the Foundry's Rock Workshop. In this educational program participants get placed into bands based on age, ability, and interests. They then rehearse for seven weeks with an instructor, write original songs, record twice at the Foundry's Blast House Studios, and play a gig at the High Noon Saloon. 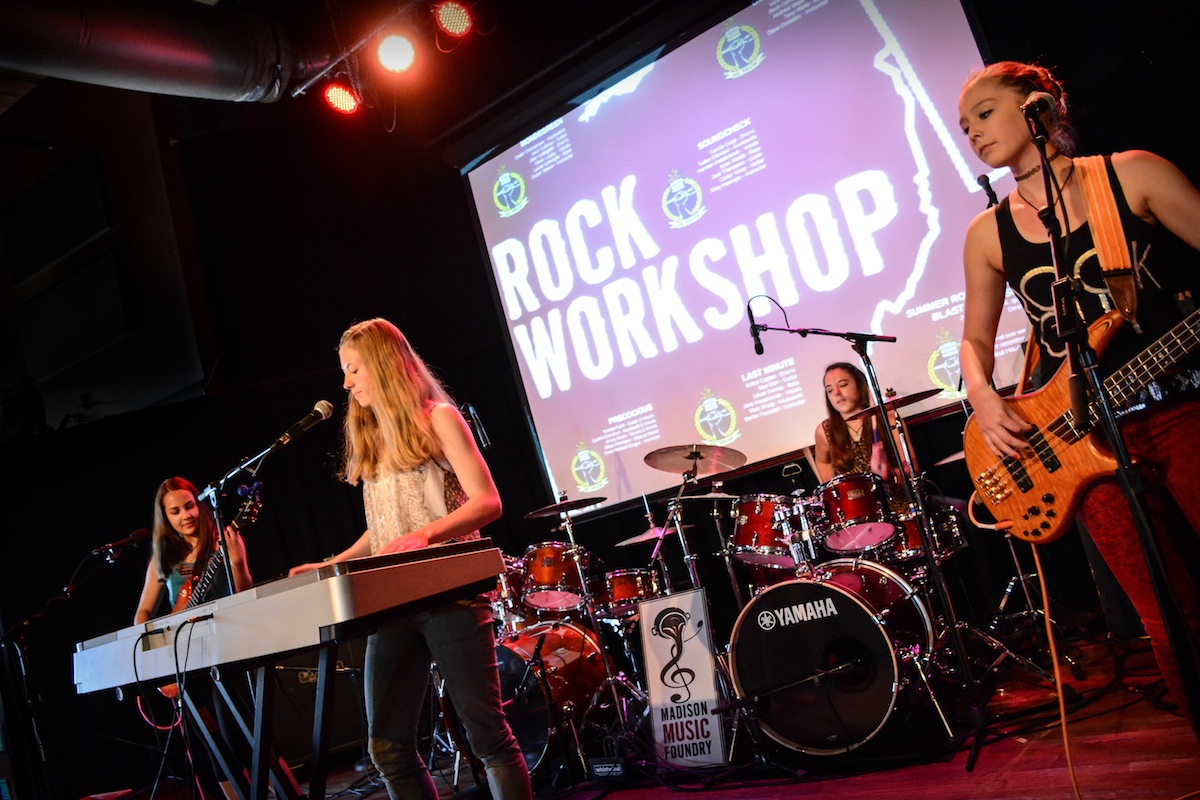 In the same year that the Foundry turns 10, the Student Showcase on April 24, 2016 at the High Noon will feature Rock Workshop bands number 95-102. The number of participants will surpass 300 (314 to be precise. And it's over 500 if you count students who participated in more than one round).

Many of the bands have gone on to play their own gigs, record albums, and participate in battles of the bands such as Wisconsin School Music Association's (WSMA) statewide contest Launchpad (video about Rock Workshop).

There are many more. Are you a Rock Workshop shop alumn? Let us know what you've been up to.