If you’ve participated in Rock Workshop, we want to hear from you

In Defense of Electronic Music

My Summer in Senegal

This summer I went home to Dakar, Senegal. Dakar is the capital of Senegal and it is very crowded (it has over a million people!). I don’t have a car there, so in order to get around I used car rapides. They are not very expensive (it cost me around 50 cents to travel to my family’s house), but they can be very crowded, hot, and noisy. 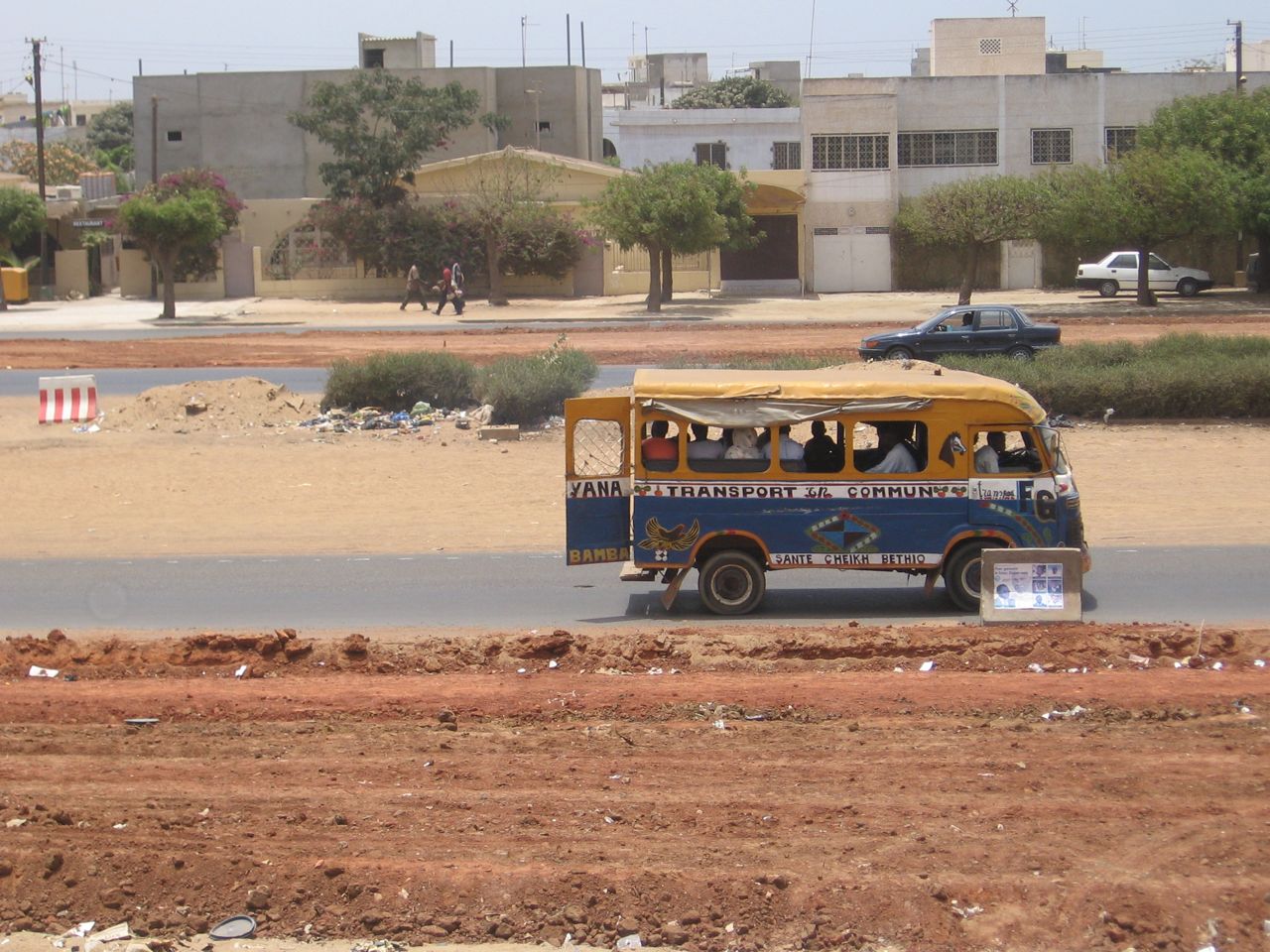 I spent a lot of time with my family and friends. I hadn’t seen them in over a year and I missed them a lot. I had lunch at my family’s house almost every day. Senegal’s most popular dish is called “ceebu jen”, which means rice and fish. 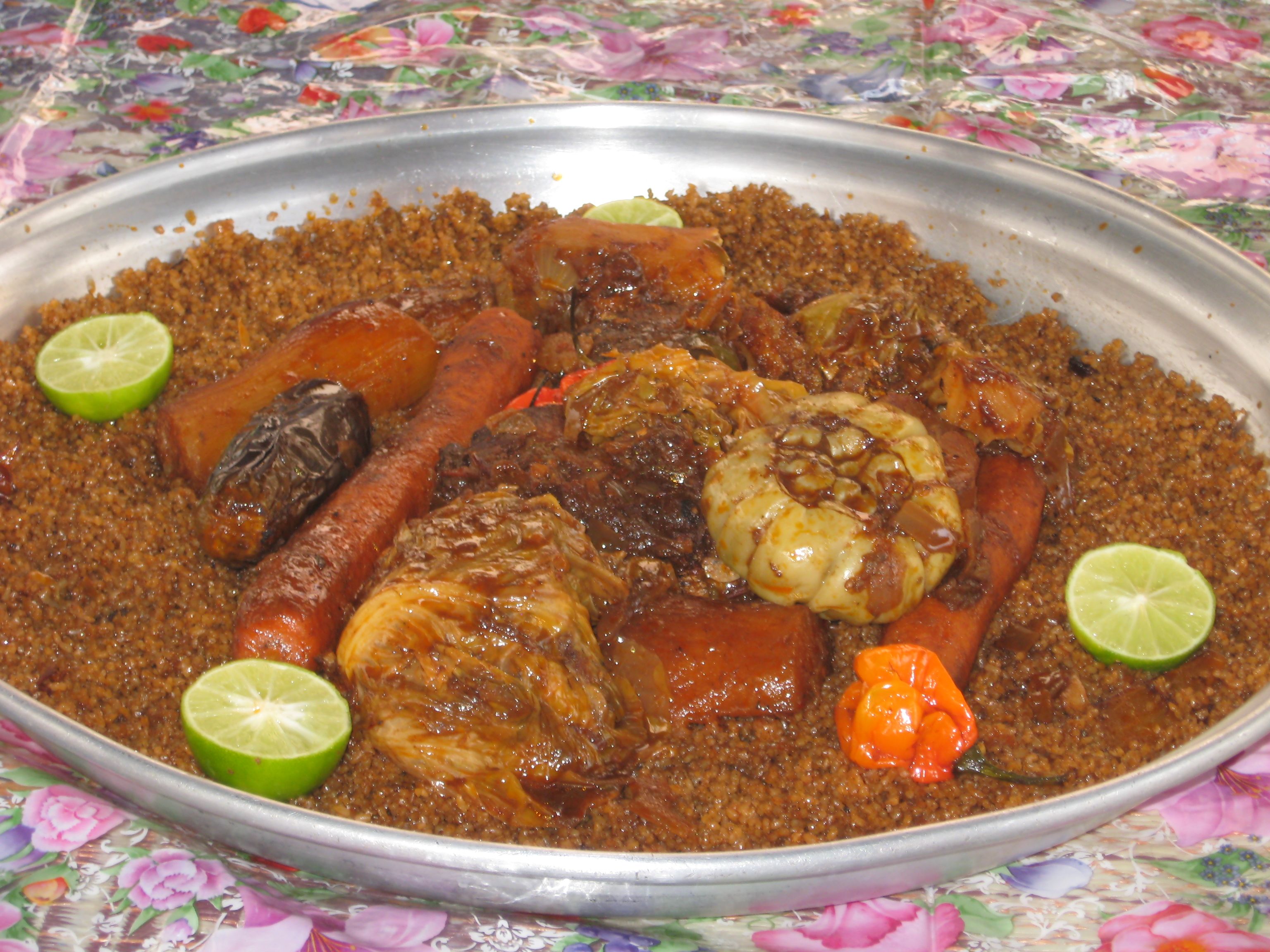 I like ceebu jen, but my favorite food to eat in Senegal is called “yassa ginaar.” It’s a dish made with chicken, rice, and onion and lemon sauce. 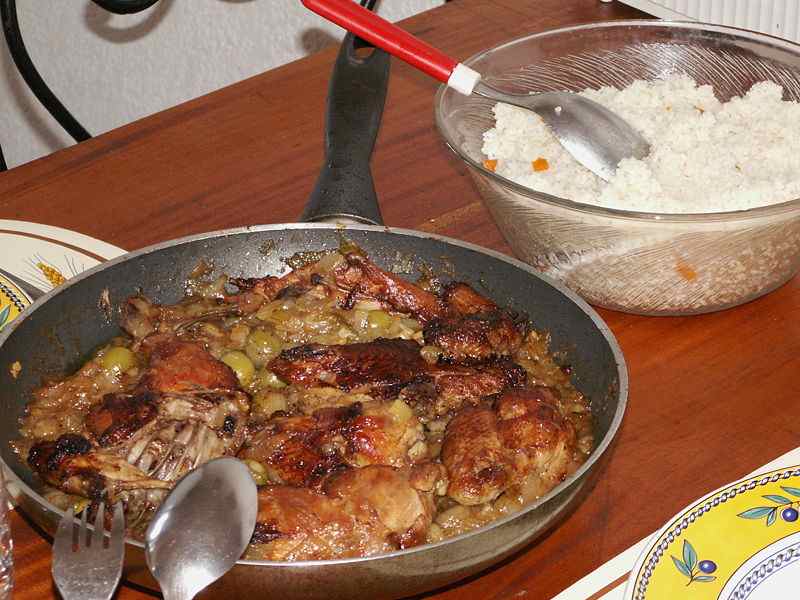 After eating, I would usually hang out and play with my nieces and nephews. We played soccer, sang songs, and walked around the neighborhood.

One weekend I took all of the children to a local amusement park. We rode the ferris wheel… 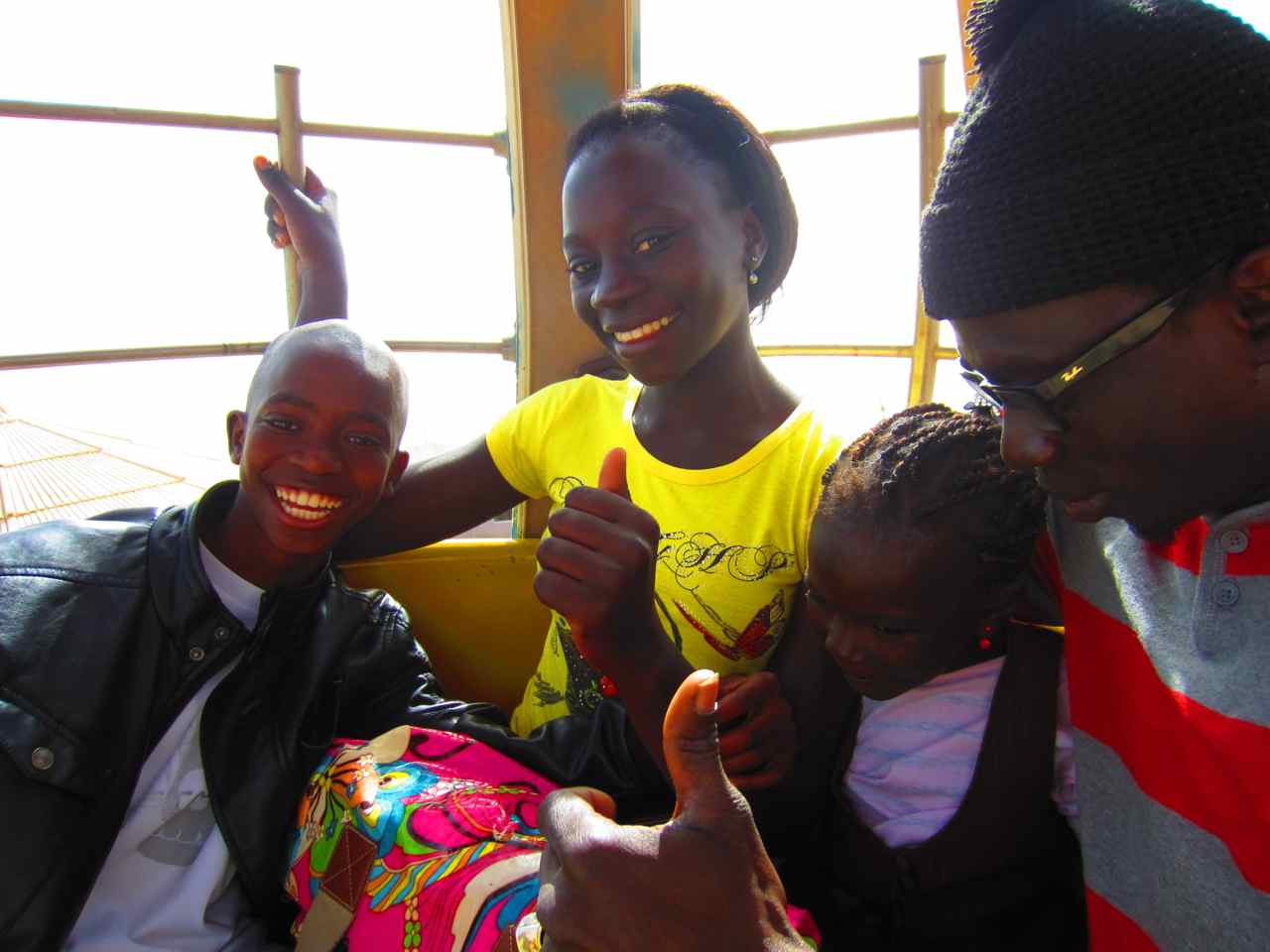 rode the merry go round… 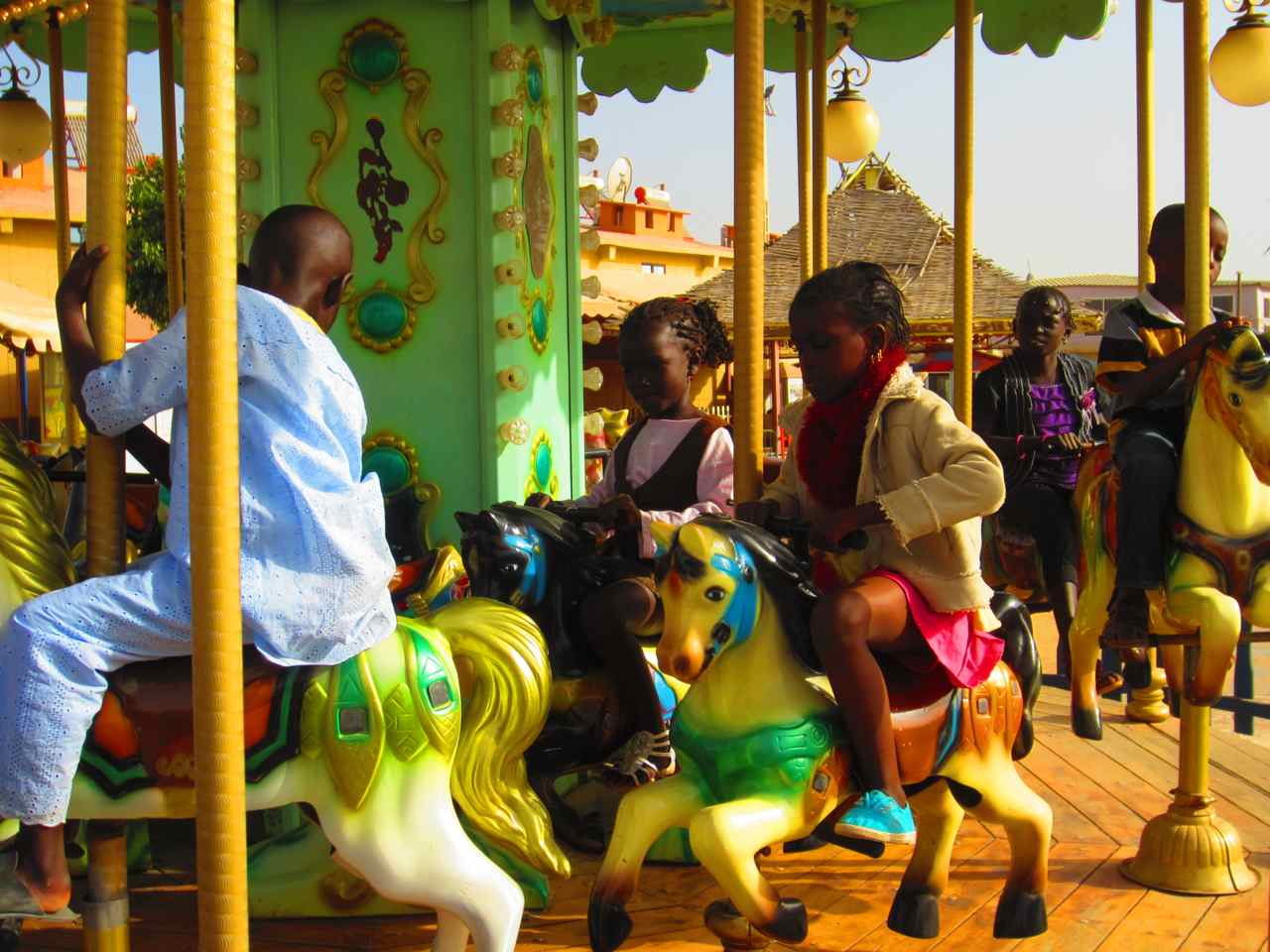 and the roller coaster. 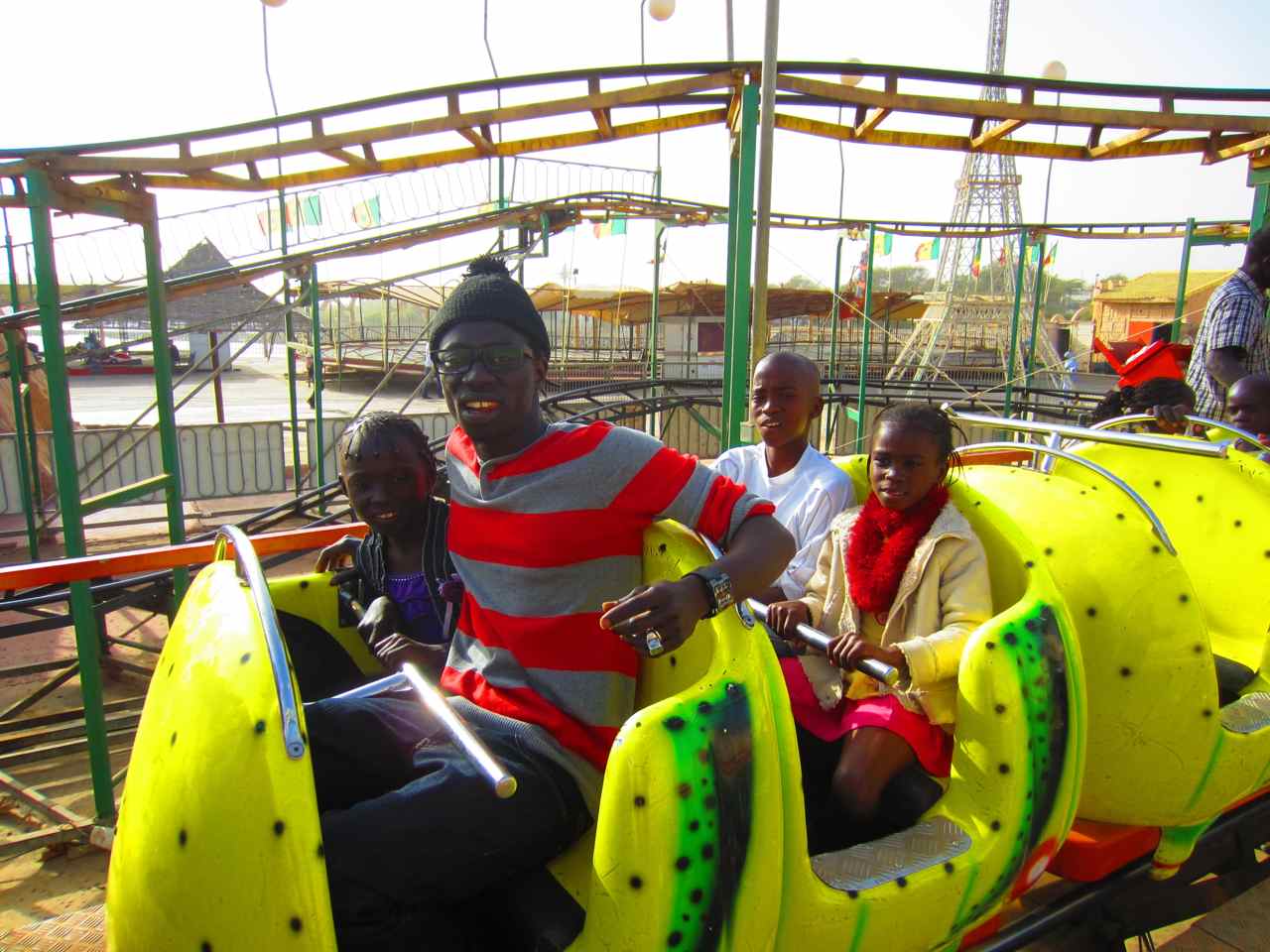 There was even a monkey… 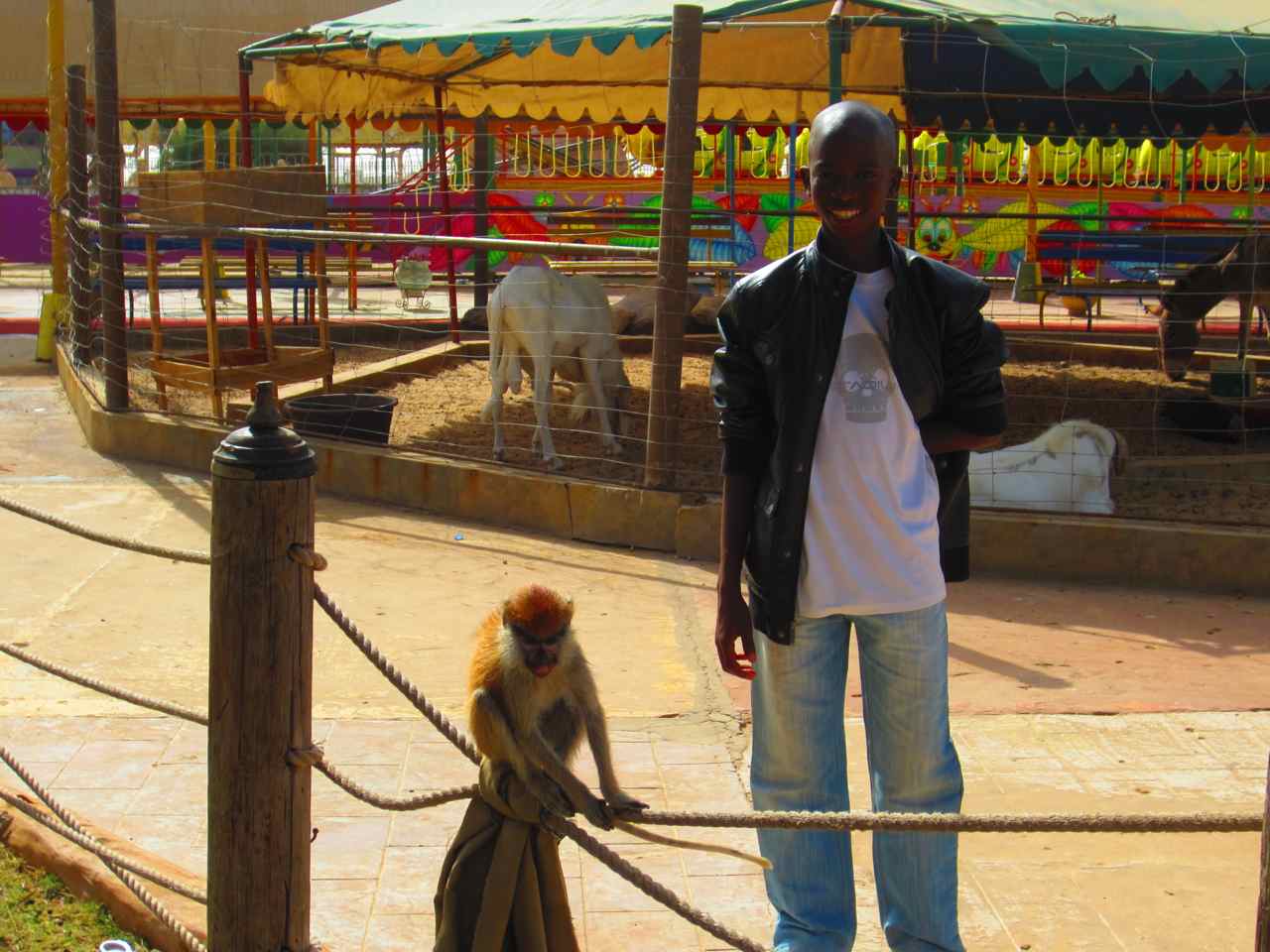 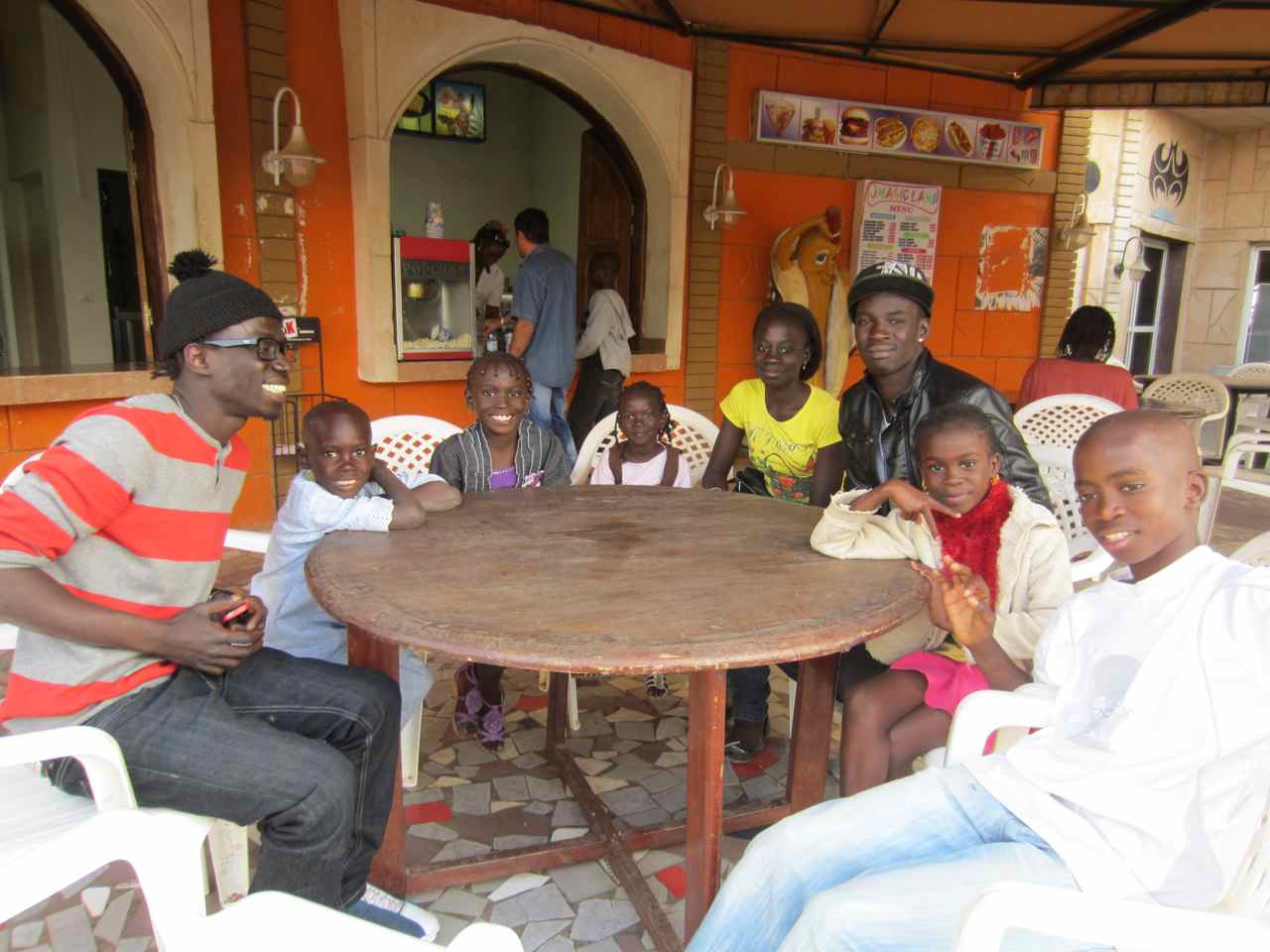 I also spent a lot of time with my friends. A lot of them are also musicians, and we performed at neighborhood celebrations such as baptisms and marriages as well as at regular parties.

Senegalese drums are called “sabars.” Unlike the djembe, they are played with a stick, which we call a “galañ.” There are usually around six drummers, each playing a different type of sabar. The lead drum is called a “nder” and they lead the rhythms and follow the dancer. The guests of the party form a semi-circle, and people who want to dance run into the middle of the circle, do a short dance, and then run out again. My friend on the right is playing the “nder,” which is the lead drum. 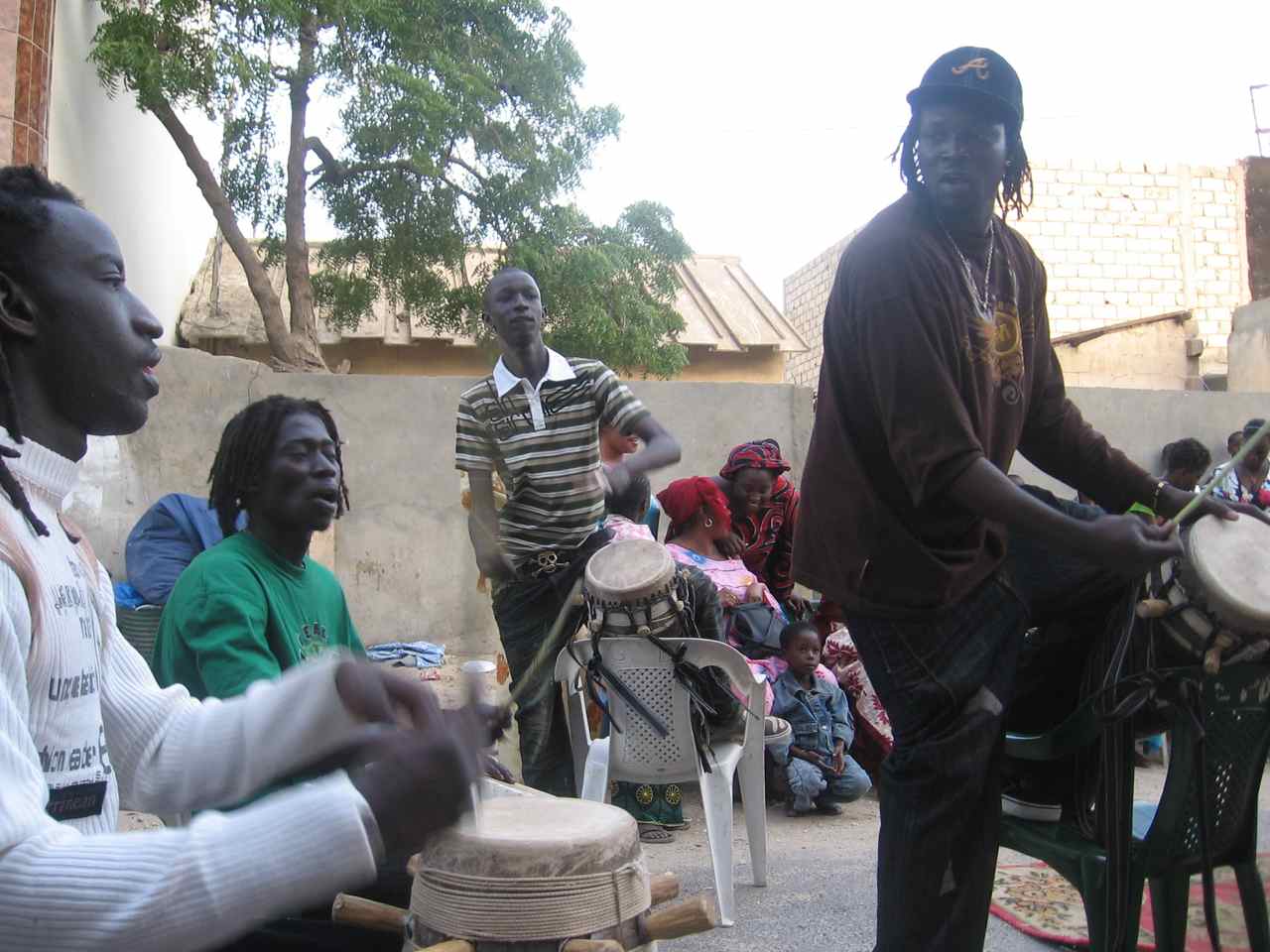 In the video below, you can see the dancers in the middle and the lead drum playing off of their dancing. The rest of us are keeping the rhythm.

I also made some sabars this summer to take back to Wisconsin with me. My process of making a sabar goes like this: I buy the wood base from a carpenter. I then buy goat skin to make the head of the drum. First, we put the skin in a bucket of water for a few hours so that it is soft. Then we shave off the hair.

After it’s shaved, we fit the skin over the top of the wood base. We cut slits into the skin to fit the seven pegs and insert them into the wood base. After that, we wrap “xiir,” which is like a light rope, around the skin and wood above the pegs in order to help keep the skin in place.

Tuning the sabar. The pink rope is the “mesh,” which we use for tuning. 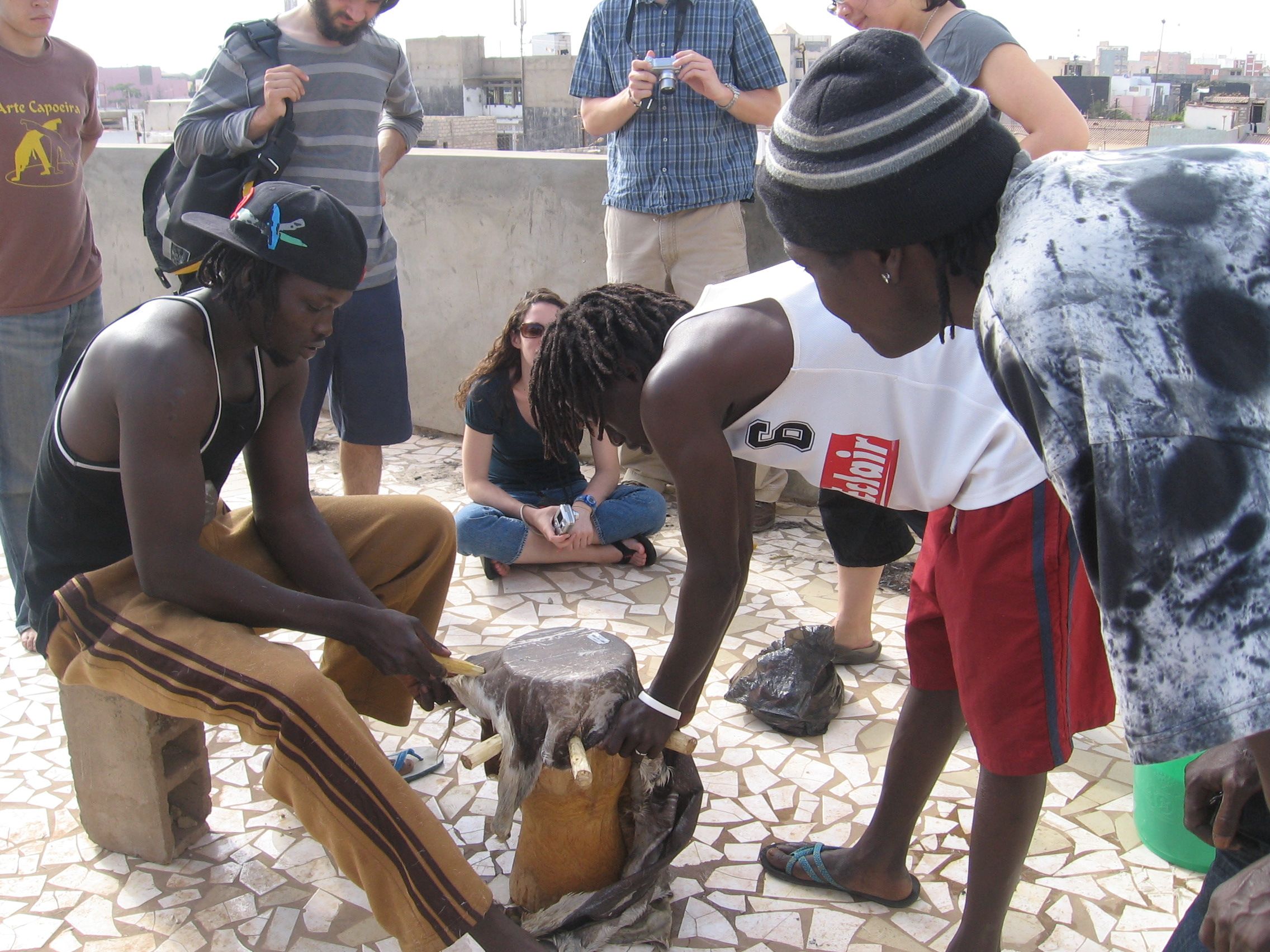 I am so excited to be back at the Madison Music Foundry to teach sabar drumming. I have my new drums back from Senegal, and some new rhythms and dances that I learned over the summer that I cannot wait to share with my students. I hope to see you there! 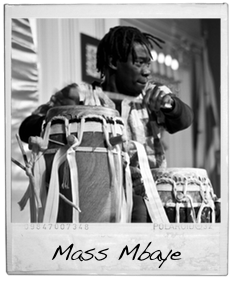 MASS MBAYE
A native of Dakar, Senegal, Marsala (Mass) Mbaye has been drumming and dancing since he could walk. As part of a long line of griots, a caste of musicians and oral historians among the Wolof people of Senegal, Mass perfected his craft under the tutelage of his uncle, Macheikh Mbaye. As part of the Mbaye family drum troupe, Mass performed regularly at weddings, baptisms, and neighborhood dance parties.

Mass has worked and performed with numerous Senegalese musicians, including Youssou Ndour, Thio Mbaye, Pipo, Pape et Cheikh, and Malouida. In the United States, Mass has performed extensively with Lamine Toure and Group Saloum, joining them at the International Music Festival, Nuits d’Afrique, held in Montreal.

Mass is also an experienced music instructor. He has worked with many cross-cultural programs both in the United States and in Senegal, teaching Senegalese music and dance to college students. Universities he has worked with include Massachusetts Institute of Technology (MIT), Boston University, and The George Washington University. Mass also created Rhythms of Senegal in collaboration with the United Nations Association of the National Capital Area(UNA-NCA), an interactive program that introduced over 200 DC public school students to the music, language, and dance of Senegal.

Most recently, Mass led the first ever Senegalese Drumming Ensemble at the University of Denver’s Lamont School of Music. Meeting three times a week, Mass taught the students traditional as well as original bakks (extended musical phrases played in unison), in addition to songs in the Wolof language. The course culminated in a performance where the students showed off their new drumming and singing skills.