If you’ve participated in Rock Workshop, we want to hear from you

In Defense of Electronic Music

Note: I asked Dustin if he had any advice to bands regarding working with a live sound engineer. Having worked with many sound engineers (who in turn have worked with many bands) myself, I thought he may enjoy the chance to offer some advice to bands while also venting a few frustrations. I hope you find yourself nodding, cringing, and smirking as much as I did when I read this. -Ken Fitzsimmons, Education Director

--
I hear it from bands all the time; the struggle with the sound tech on any given night on tour can be all too real. From basement shows on up to big arenas, getting a good sound seems all but impossible for some bands. Is it the band that is doing something wrong or is it a bad sound person? Could it be a combination of the two? And more importantly, what can be done to correct it?

Just like mixing in a difficult room, even the best sound techs can have a hard time with a band that doesn’t have many hours of experience playing live on a stage in front of people. You may think your band sounds great in practice but everything can change in a live situation. Stage fright can overrule common sense and easy mistakes can be made without knowing it.

There are definitely a few key behaviors where the level of stage experience a band has is revealed to be that of a newcomer. A lot of these behaviors stem simply from improper practices or from not fully understanding the gear that is being playing on. Being aware of these bad behaviors can go a long way to help the sound tech perform their job easier as well as instill trust that you and your band aren’t going to do anything that might irritate the sound tech or worse: break something.

Amplifiers, Man Are They Loud

If all bands were to keep these items in mind, sound techs might start to be less grumpy all the time. We might be able to finally all come to an understanding and live in musical harmony. Or maybe not but it’s a start nonetheless. Next we have to work on those bad sound engineers… 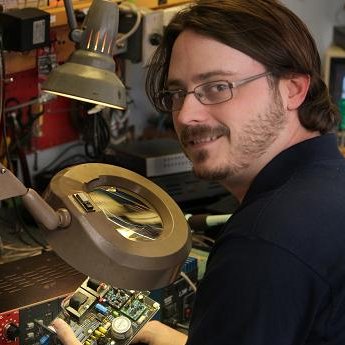 DUSTIN BOYLE
Dustin earned a degree in Recording Technology & Music Business from Madison Music Institute and has since worked in numerous audio and technical fields. Dustin has been working as a live sound engineer for over a decade and is currently the head engineer at The Frequency in Madison, WI. He's also an A/V System Designer at Pridham Electronics.