Recording
Learn the basics in how to capture and make quality recordings through the use of different microphone techniques, EQ, and multi-tracking. As we focus on the front-end of the recording setup we will record a live demo song using drums, guitar, and vocal and go through the process of micing and overdubbing.

Mixing
Creating a well balanced recording requires solid knowledge of your toolset just as it does good ears. Discover how professional engineers refine their tracks to make great sounding recordings through the use of EQ, compression, reverb, and FX. Learn tips and tricks on how to make your mixes sound polished and stand out as pro.​

Class takes place at beautiful award-winning Blast House Studios, at 1117 Jonathon Dr, Madison WI. Students will get hands on experience placing mics and operating the equipment in this fully operational, professional recording studio! You'll also get the chance to ask your own questions on studio recording and how to make better quality recordings.

Prerequisite: Audio 101: Sounds, Signal, and Microphones (or demonstation of equivalent knowledge. For questions regarding eligibility please contact us.) 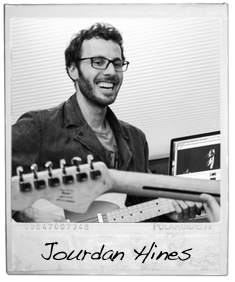 JOURDAN HINES
Jourdan began studying music when he was just seven years old. He received an A.A.S. in Music Production from McNally Smith College of Music and a B.S. in Music Theory and Composition from UW-La Crosse. In addition to teaching privately Jourdan works as a freelance musician, recording engineer and graphic designer. He performs regionally with a variety of groups and as a solo artist.

Teaching since 2002, Jourdan's goal is to empower each student with musical knowledge and the skills needed to be a successful musician. The path taken to achieve this goal is individualized and is based upon the student’s goals, whether it be a professional career in music or an enjoyable personal hobby to share with friends and family. In addition to instrument-specific training, Jourdan also teaches music theory, composition and recording technology. He strives to make music a positive and rewarding experience that will last a lifetime. www.jourdanhines.com 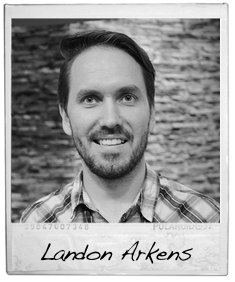 Landon earned his Bachelors degree in Music Recording Technology from UW-Oshkosh and quickly moved to New York City in to put it in practice. He worked at Legacy Recording Studios (now Manhattan Sound Recording) from 2005-2008 while it was the largest studio on the east coast and has worked directly with David Gilmour and Roger Waters (Pink Floyd), Paul Simon, Wynton Marsalis, Trey Anastasio, Ice- T, Lloyd Banks, and many others. His home base since 2009 has been Blast House Studios, where he works as the facility's Head Engineer.

Listen to songs from recent projects that Landon has worked on in the player below. Like the songs that grab you or leave a comment! Check out his full client list at www.LandonArkens.com