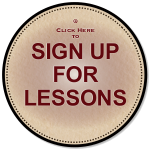 The piano is the symphony wrapped in a single instrument. It's arguably the most versatile instrument ever invented. It serves as a foundation of rock, country, jazz, blues and folk. And if you add in its keyboard brethren (e.g. organ, harpsichord, and electronic keyboards), it's in virtually every style of music.

At Madison Music Foundry we're pleased to offer a diverse selection of great instructors who, combined, can cover a wide gamut of the piano and keyboard repertoire.

We can offer lessons to any age and level at a time that's convenient for you. 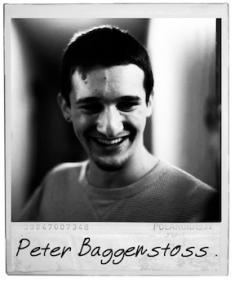 Peter was born in northern Minnesota where he began playing piano at the age of five. He attended the University of Wisconsin-Madison where he received a bachelor's degree in Piano Performance. Since moving to Madison, Peter has had the opportunity to perform and tour with many groups, and currently he plays with several ensembles of varying styles. Along with being classically trained, Peter also has ample experience studying and performing jazz, blues, pop, world music, and other genres. Peter welcomes students of all ages and skill levels and enjoys helping students achieve their musical goals. As a teacher, he is patient and enthusiastic. While providing a strong foundation in theory and technique, he is able to cater to an individual's musical interests. 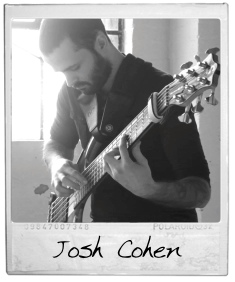 Josh Cohen is a multi-award winning six-string electric bassist, composer, session musician, and music educator who travels frequently throughout North America to perform and teach clinics/workshops including; Bass Boot Camp 2016 and 2019, Gruv Gear’s Clinic Series at Steve’s Music Toronto, Bass Break Live 2017, the 2019 Waupaca Bach Festival, Solo Bass Night VI and VII and more. He has garnered a lot of attention for his solo electric bass compositions and arrangements, and his arrangement of Herbie Hancock’s “Chameleon” was ranked as the number one bass video of 2015 by No Treble magazine.

Josh’s solo six-string electric bass performances, which can be heard on his debut 2014 album Out of the Bassment,  use extended techniques to create the sound of an entire band with only one instrument, and without the aid of loop pedals. When listeners hear Josh playing for the first time, they are often surprised to find out that everything they are hearing is being created by one person in real-time.

Along with his performance career which includes opening up for highly regarded fellow bass players Stu Hamm, Michael Manring, and Kai Eckhardt, Cohen has been teaching private lessons for over a decade at multiple music schools. He believes in dedicating time to his students both in the lesson and outside of the classroom preparing personalized exercises, transcriptions and other learning materials. When students study bass, piano, guitar, theory and/or jazz improvisation with Josh they have a teacher who takes pride in the accomplishments of his students and constantly strives to provide them with the best instruction and opportunities possible. Many of his students have gone on to have professional careers in music (e.g. Ronald Poon - bassist for Canadian Ska band Adam's Mind) and/or have continued their studies at post-secondary institutions. 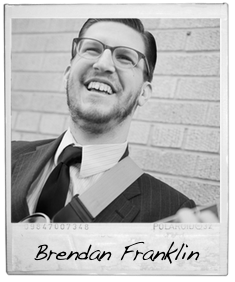 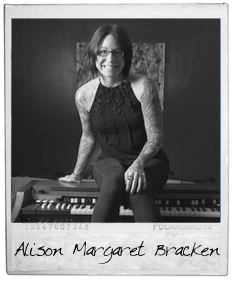 Alison Margaret’s relationship with music is both deep and broad, spanning the continuum between performance and formal education. She hails from Chicago, where she studied at the prestigious Columbia College, earning a degree in vocal jazz performance with a minor emphasis in classical piano. She has a master’s of music education with a focus on jazz performance from the University of Wisconsin-Madison.

Ms. Margaret has been a music educator for over 18 years. In addition to holding a private studio of approximately 25 students, Ms. Margaret is a faculty associate for the Music Education Area at UW-Madison and teaches courses such as composition, arranging, and orchestration. She has also taught group piano and music theory courses at Madison College. Her educational philosophy is rooted in inclusive schooling concepts and she welcomes students with unique learning styles and music interests.

As a vocalist, Ms. Margaret leads the “Alison Margaret Jazz Quartet.” The group has performed at Madison’s Jazz at 5 Festival, Milwaukee's 3rd Ward Jazz Festival, the Brink Lounge, Memorial Union, Isthmus Jazz Festival, and a host of other venues. Alison has also performed at many famous Chicago jazz haunts and festivals, including the Green Mill, the Hot House, Jazz Showcase, and the Navy Pier. Ms. Margaret is likewise an accomplished Hammond organist in the Madison music scene. She performs frequently with local blues bands and leads a jazz/soul group featuring the sounds of Hammond greats such as Chester Thompson, Jimmy Smith, Booker T, and The Meters. 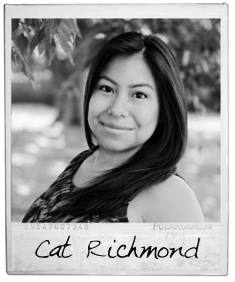 Originally hailing from Atlanta, GA, Ms. Richmond is now a Madison-based performer and teacher. She attended the San Francisco Conservatory of Music and Georgia State University to obtain her M.M. degree in Vocal Performance. Ms. Richmond also holds two B.A. degrees in Music and English from the College of Charleston.

A versatile musician with a "clear and gorgeous soprano,” Cat Richmond is an accomplished regional performer. Ms. Richmond has been seen in a variety of productions across the U.S. and abroad ranging from opera to musical theatre to cabaret. Favorite opera roles include the Lady with a Hand Mirror from Argento's Postcard from Morocco, Lucia from Donizetti’s Lucia di Lammermoor, Gretel from Humperdinck’s Hansel and Gretel, and Susanna from Mozart’s Le nozze di Figaro. Musical theatre roles include Martha in Spring Awakening, Mary in HAIR: the Tribal Rock Musical, and Carrie Pipperidge in Carousel.

Since 2013, she has been teaching voice and piano lessons. She specializes in beginning to intermediate piano as well as beginning to advanced vocal training. Ms. Richmond teaches a range of styles including classical, musical theatre, jazz, pop and rock. Many of her students have successfully competed in honor choirs, school auditions, talent shows, and local theatre companies. Music has been a part of Ms. Richmond’s life for as long as she can remember, and she believes that anybody and everybody can make music. Every student has a unique talent to share, and Ms. Richmond wants to help each student pursue their passion with a healthy foundation and solid technique. 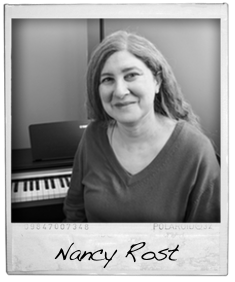 Nancy Rost took piano lessons back in the 1960s and '70s, but her more formative education came in the 1980s when she began sitting in at piano bars and busking with a blues band. Inspired by her hands-on experience and independent study of music theory, in 1988 she developed an "Instant Piano" course for adults. She specializes in teaching students to play by ear and improvise, whether playing solo, accompanying their voice, or playing with others.

An award-winning and prolific songwriter in jazz, pop/rock and folk genres, Nancy strives to share a creative, fun approach to learning piano. Nancy currently records as a session player and performs as a solo singer-songwriter, with the acoustic trio Two Johns & A Nancy, and with the Madison Area Ukulele Initiative. Her students have gone on to study music in college, to compose, perform and record, and to share music with their grandchildren.